A downloadable game for Windows, macOS, and Linux

This is a beta in development.  New features, gameplay systems, and content are being added to the game in monthly updates. As the game is still in development, in this beta version you may encounter bugs or performance issues, and future updates may break compatibility with old save files.

Buying the Idol Manager beta will give you access to the game while it is in beta testing (now until the release of the full game), as well as a full copy of the game when it is officially released (including a Steam key).

When Idol Manager is officially released, it will be sold for $15.  The $25 price for beta access is intended to match the amount that Kickstarter backers pledged for early access to the game before its release.

Beta participants are invited to join our beta forum, where you can report any bugs you encounter, and can post ideas and suggestions for new content you'd like to see in the game.  We can't promise that all suggestions or feature requests will make it into the game, but many of the performance enhancements and quality-of-life improvements we've already implemented have come as a direct result of feedback from early access playtesters.

You take on the role of manager at a small (but growing!) talent agency. As you cultivate and train the newest generation of young pop stars, you'll have to decide who to hire and who to fire, who gets promoted when things go well and who gets reprimanded when things get sour. The personal lives of these young celebrities are a part of your business, and the life of a pop star isn't always a happy one. Their crowning personal achievements can be your greatest commercial successes, but their emotional meltdowns and PR nightmares can spell financial disaster for your company.

It's not just the idols you have to worry about. The world is full of gossip magazines, super fans, and rival groups, all thirsty for a scoop on the latest scandal. There's a lot of people who want to tear you down and are willing to play dirty, but try not to let it get to you. It's not personal, it's business.

In order to download this game you must purchase it at or above the minimum price of $25 USD. You will get access to the following files: 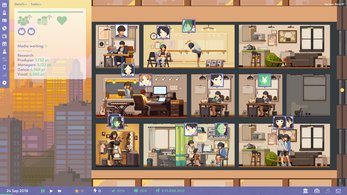 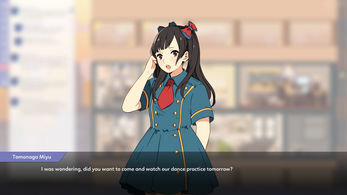 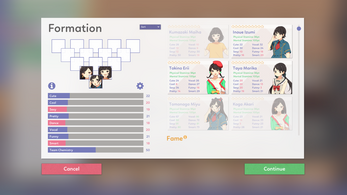 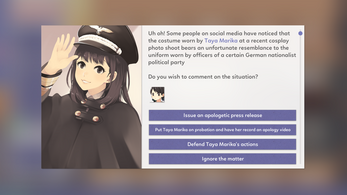 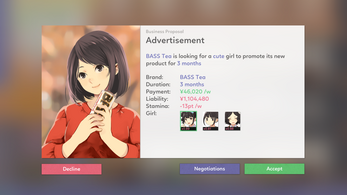 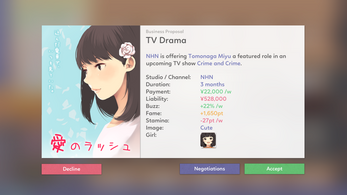 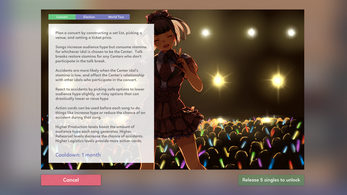 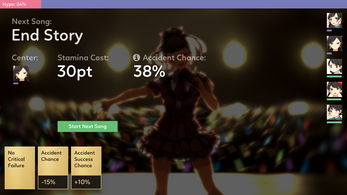 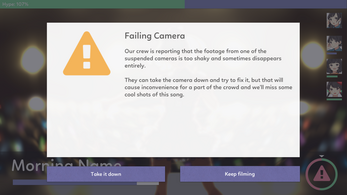 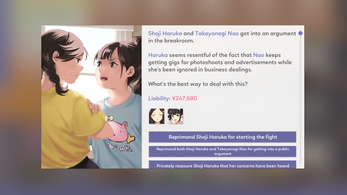 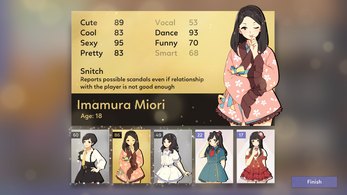 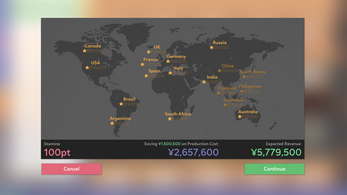 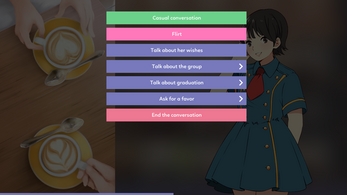 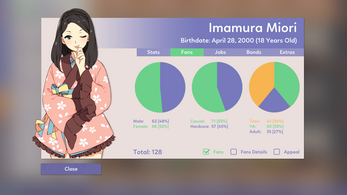